Late last year Ulster Bank GRG [the Bank’s – now disbanded Global Recovery Group],  produced a 3-year delayed response to the Tomlinson Report into RBS & its subsidiaries (2013) lawrence Tomlinson Report into operations of RBS  The Irish Times reported [ Ulster Bank GRG notice to Irish borrowers] on the establishment of a compensation Scheme whereby €450M was being made available by way of a dispute appeal reserve.
Eligible individuals & businesses must first of all meet the following criteria (A) not have previously referred their Dispute to the Financial Services Ombudsman, and (B) not engaged in Litigation or pre-litigation communications with the Bank. 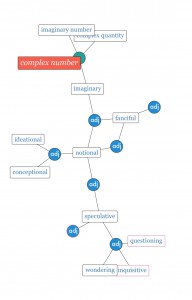 Very recently Ulster Bank GRG  made direct contact with a number of potentially qualifying Borrowers, with quite an obscure account of how the Scheme will operate.

It only relates to certain ‘complex fees’ as applied by Ulster Bank GRG from 2008 to 2013. Under the very narrowly defined scheme such ‘Complex Fees’ disregard Irish Interest Rate Hedging Products’ miselling. Additionally the Scheme bypasses any recognition of the understated role of Consequential Losses (or chain-reaction/ cause & affect losses). A salient precedent case on this topic is Hadley versus Baxendale (1854), beloved by many Law Students over the previous Century-and-a-half.

In an appearance of Senior Ulster Bank Executives before the Oireachtas Finance Committee in December 2016, the following was put to Andrew Blair (Head of Problem Debt Management – Ulster Bank),  by Pearse Doherty (TD Sinn Fein).

“Businesses believed they would be supported but, as was put to me, they were not aware that they were being put on death row. Is it credible that fewer than 100 out of 2,141 businesses that went into a global restructuring group came out alive? Is there truth in the allegation made, which is that the group was a vehicle that allowed Ulster Bank to appoint receivers and liquidators for businesses with equity in respect of their assets? Was it not a snatch and grab? The bank strangled businesses. I accept that some would never have survived but the figures are completely out of line with anything we have seen among any of the bank’s peers across the Irish banking sector. Does Mr. Blair acknowledge that?”

In the UK,  the Financial Conduct Authority (FCA) surprisingly cleared the bank ( as did the Bank’s own Solicitors, Mason Hayes and Curran) of the most controversial allegations brought by hundreds of customers. It had been claimed that the bank systematically killed-off healthy businesses for profit in the wake of the credit crunch.

In a 2013 publication: ‘Shredded’ Inside RBS the Bank that broke Britain CEO, Fred Goodwin, is reviled as one of the architects of the worst financial crisis since 1929.
In Shredded, Ian Fraser lifts the lid on the catastrophic mistakes that led the bank to the brink of collapse, scrutinizing the role played by RBS’s directors who failed to check Goodwin’s hubris, the colleagues who were overawed by his despotic leadership style, the politicians who created a regulatory free-for-all in which banks went virtually unsupervised, and the investors who egged Goodwin on.
As more and more toxic details emerge about the bank’s pre- and post-bailout misconduct, which stretches from the ruination of numerous small businesses in the UK and Ireland to the criminal rigging of  LIBOR, and from the alleged fixing-in-concert of global foreign-exchange markets to the wholesale ‘mis-selling’ of US mortgage bonds, Ian Fraser examines what the future holds for RBS and whether it can ever regain the public’s trust.
To date, Ulster Bank GRG is now facing up to some wrongdoing over the way it handled small businesses in Ireland, while still seeking to continue dodging bullets by not addressing claims that some affected Borrowers were deliberately pushed into administration. The Bank is doing this notwithstanding the fact that evidence proving Consequential Losses exists within the Bank’s own Lending Files.