Since the Global Banking Disaster in 2007, Irish Shadow Banking hasn’t gone away you know.

The shadow banking system consists of non-banking institutions that include inter alia hedge funds, money market funds, pension funds, insurance companies and to some extent the large custodians such as Bank of New York and State Street. The funding of Shadow Banks is typically associated with the non- banks’ securities lending transactions, use (and re-use) of the collateral they post with banks, etc.
Irish Shadow Banking recently entered the public domain, in an Irish Times article describing law firm Matheson’s (formerly Matheson Ormsby & Prentice, Solicitors)  usage of Registered Charities to facilitate the tax avoidance and potentially risky Irish shadow banking activities of global hedge funds and lenders.
In recent years there has been substantial growth in Dublin of Special Purpose Vehicles (SPVs) set up by global financial institutions to operate in the Irish Shadow Banking sector. Such SPVs are tax-efficient structures used by financial institutions to house risky assets such as distressed debt instruments or so-called catastrophe bonds, which allow insurers spread risks linked to weather events or acts of terrorism.
Dublin has become a mecca for SPVs and similar structures and the Irish Central Bank is endeavouring to comprehend the potential risks Irish Shadow Banking poses to the Irish financial system, after several Economists warned Regulators of their need to comprehend & attempt to monitor their activities vis-à-vis those of High Street Banks. 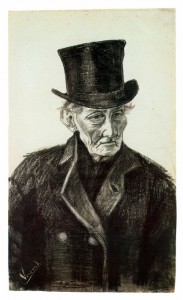 Matheson  offers its international financial clients the use of charitable trusts, which can be registered with the Irish Charities Regulator allegedly to “relieve poverty and distress”, while simultaneously acting as shareholders for SPVs to keep the risky assets off the balance sheets of the institutions that set them up.

Earlier this year the Irish Times reported that Ireland is home to €322 billion of SPV assets. A destabilising aspect of this is that such SPVs are largely unregulated. A further €430 billion of assets are held in similar structures known as financial vehicle corporations.

According to the Bank for International Settlements (BIS), in Basle, Switzerland, investment banks as well as commercial banks may conduct much of their business in the shadow banking system (SBS), but most are not generally classed as SBS institutions themselves. Quite alarmingly at least one financial regulatory expert has said that regulated banking organizations are the largest shadow banks.
The core activities of investment banks are subject to regulation and monitoring by central banks and other government institutions – but it has been common practice for investment banks to conduct many of their transactions in ways that do not show up on their conventional balance sheet accounting and so are not visible to regulators or unsophisticated investors.
For example, prior to the 2007-2012 global financial crisis, investment banks financed mortgages through off-balance sheet (OBS) securitisations (e.g. asset-backed commercial paper programs) and hedged risk through off-balance sheet credit default swaps Prior to the 2008 financial crisis, major investment banks were subject to considerably less stringent regulation than depository banks. In 2008, investment banks Morgan Stanley and Goldman Sachs became bank holding companies, Merrill Lynch and Bear Stearns were acquired by bank holding companies, and Lehman Brothers declared bankruptcy, essentially bringing the largest investment banks into the regulated depository sphere.

Globally, a study of the 11 largest national shadow banking systems found that they totalled $50 trillion in 2007, fell to $47 trillion in 2008, but by late 2011 had climbed to $51 trillion, just over their estimated size before the crisis. Overall, the worldwide SBS totalled about $60 trillion as of late 2011. In November 2012 Bloomberg reported in a Financial Stability Board report an increase of the SBS to about $67 trillion. It is unclear to what extent various measures of the shadow banking system include activities of regulated banks, such as bank borrowing in the repo market and the issuance of bank-sponsored asset-backed commercial paper. Banks by far are the largest issuers of commercial paper in the United States, for example. As of 2013, academic research has suggested that the true size of the shadow banking system may have been over $100 trillion in 2012.

Players in the Irish Shadow Banking system
Irish Shadow Banking institutions typically do not hold Banking Licenses, they do not take deposits as a depository bank would and therefore are not subject to the same regulations. Complex legal entities comprising the system include hedge funds, structured investment vehicles (SIV), special purpose entity conduits (SPE), money market funds, repurchase agreement (repo) markets and other non-bank financial institutions. Many shadow banking entities are sponsored by banks or are affiliated with banks through their subsidiaries or parent bank holding companies. The inclusion of money market funds in the definition of shadow banking has been questioned in view of their relatively simple structure and the highly regulated and unleveraged nature of these entities, which are considered safer, more liquid, and more transparent than banks.
Irish Shadow banking institutions are typically intermediaries between investors and borrowers. For example, an institutional investor like a pension fund may be willing to lend money, while a corporation may be searching for funds to borrow. The shadow banking institution will channel funds from the investor(s) to the corporation, profiting either from fees or from the difference in interest rates between what it pays the investor(s) and what it receives from the borrower.
Non-bank financial companies (NBFCs) are financial institutions that provide banking services without meeting the legal definition of a bank, i.e. one that does not hold a Banking License. These institutions typically are restricted from taking deposits from the public depending on the jurisdiction. Nonetheless, operations of these institutions are often still covered under a country’s banking regulations. Former US Federal Reserve, Chair Ben Bernanke provided the following definition in November 2013:
“Shadow banking, as usually defined, comprises a diverse set of institutions and markets that, collectively, carry out traditional banking functions — but do so outside, or in ways only loosely linked to, the traditional system of regulated depository institutions. Examples of important components of the shadow banking system include securitisation vehicles, asset-backed commercial paper [ABCP] conduits, money market funds, markets for repurchase agreements, investment banks, and mortgage companies” 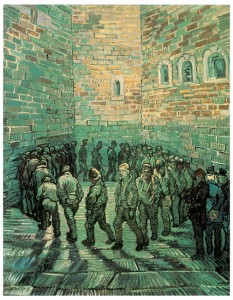