A Conflict of Interest is something that potentially haunts members of the Professions in all democracies. On the Web Site of KPMG., (authors of PermTSB’s Tracker Redress Schemes) reference is made to a recent Wall Street Journal article1 and public comments by the Securities and Exchange Commission’s (SEC) Director of the Office of Compliance Inspections and Examinations, 2 the Financial Industry Regulatory Authority (FINRA) and the SEC are “keenly focused on conflicts of interest” for firms in the financial services sector. Further emphasizing the importance of managing conflicts of interest (COIs), SEC Director di Florio stated that “conflicts of interest, when not eliminated or properly mitigated, are a leading indicator of significant regulatory issues for individual firms, and sometimes even systematic risk for the entire financial system.” 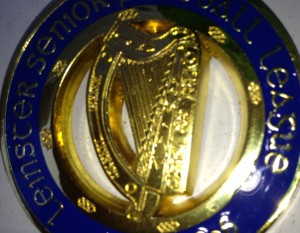 A recent Sunday Times article disclosed that KPMG were paid €8.6m by Permanent TSB in 2015 for work on the state-controlled bank’s Tracker Mortgage Redress Schemes [TMRS] and other “regulatory and compliance projects”.
The payment, equivalent to a substantial 3% of the accountancy firm’s all-Ireland fee income [of about €300m a year], provides the first glimpse of how a Tracker Redress Schemes scandal will cost Irish lenders millions in fees, on top of the interest refunds and compensation they will have to pay to impacted customers.
The emerging Tracker Redress Scheme scandal, is rooted in the unfair removal of low-cost tracker mortgages from thousands of home owners, is also interfering with the banks’ ability to securitise, or offload mortgages as they seek to sanitise their balance sheets.

Approximately 90 of the 1,372 customers offered compensation as part of PTSB’s Tracker Redress Schemes have asked for their offer to be reviewed, a Permanent TSB spokesperson disclosed.
Affected customers all lost money as a consequence of a bank decision a number of years ago to disallow them from switching from a Fixed-rate Mortgage to a Tracker Mortgage, despite being contractually entitled to do so. At least 22 families lost their home as a result of the policy.
The bank began writing to these customers in late-2015 (near Preliminary Tax deadlines and Christmas) with compensation offers, under PTSB’s Tracker Redress Schemes. Those dissatisfied with their offers had a Right of Appeal. For more serious cases – including people who lost their homes – the Appeals Panel includes former Deputy Financial Services Ombudsman Caroline Gill, Solicitor and Past-president of the Law Society – James McCourt and Accountant Cyril Maybury. The Central Bank requires Offending Banks to correctly determine if customers’ contractual rights under the terms of their Mortgage Agreements were fully honoured and also if the Lenders complied with the various mandatory requirements &  standards with respect to customer disclosures & transperancy.

A total of €140m has been set aside by PTSB to compensate customers, under their Tracker Redress Schemes but only €40M has been handed out so far, the lender said last week at the release of its 2015 results. There is now a set of Chess Games in the Four Courts whereby seeking to evidence affected Borrowers’ consequential losses will become centre-stage claiming the residual €100M. Settlements achieved will be subject to non-disclosure clauses.
This will ensure that all Bank settlements of consequential losses cases will not become legal precedents, and more importantly (for the Banks) sums set aside will not be written-back into Bank profit reserves.
Since PermTSB were initially compelled to establish a TMRS., other Banks, in Ireland including AIB have now set in place similar tracker redress schemes. Affected Borrowers would be well-advised to ‘catch-their-breath’ before they sign-away-their-rights by accepting initial insufficiently corroborated offers of financial redress.