Approximately 300 investors in AIB Belfry cases (out of an estimated 3000 investors in the six Funds) are pursuing damages for alleged negligence, breach of contract, breach of fiduciary duty, negligent mismanagement and misrepresentation by AIB and other parties.
Last month the Irish Times reporting on AIB Belfry cases (in a preliminary ruling in April 2017) a High Court judge approved hundreds of damages actions by investors in the Belfry property funds to go to a full trial on some, but not all, of the grounds advanced. The Court found, while some elements of the claims are statue-barred, other parts of the claims can now proceed to trial. 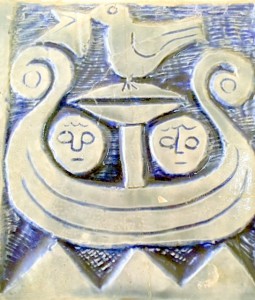 The claims involve the operation of five separate investment funds into commercial property in the UK known as “the AIB Belfry Funds”.
Affidavits claim individuals invested sums of between €50,000 and €200,000 in the funds between 2002 and 2006. Some cases involved individuals’ life savings to have been designated as pension funds. Seemingly the Statute of Limitations may not protect the various classes of Defendants if fraud in the mis-selling & operation of the AIB Belfry Funds can be evidenced.

In his preliminary ruling after 11-months, Judge Haughton decided on 28th April 2017 crucially, the investors’ contentions of alleged failure to advise them about aspects of the funds known as a loan-to-value (LTV) covenant before they invested are not statue-barred.

It is claimed these covenants permitted assets which the fund had invested in to be sold if their value fell below a certain amount. These asset sales, it is claimed, occurred as prices collapsed during the recession.
The various Defendant parties include AIB Plc, five companies known as Belfry Properties Plc, and their individual directors, including property investor Tony Kilduff and former head of AIB private banking John Rockett. Corporate Defendants also include related companies such as Leyally Ltd, Monsal Ltd and Tullamona Ltd. The LTV clause caused the real ‘risk-rating’ of all of the life-savings funds in the AIB Belfry cases to go-through-the-roof.

The investors’ alleged failure by the defendants to specify or explain the LTV covenants, in terms of the possible consequences of such covenants before investors put their money into the funds. The LTV dimension to the AIB Belfry cases only surfaced late in the case preparations.

The 2009 Financial Accounts, incorporating the 2008 update showed collapsing UK Commercial property value (making up the Belfry Funds) The Summer of 2009 was the crucial time from which the Judge recognised a Right of Action arising in AIB Belfry cases. Investors in AIB Belfry cases were first told that their stakes were valueless. Unknowingly the Investors were playing against a loaded dice:

Judge Haughton was unsympathetic to wilful breaches of long-established Banking Consumer Codes of Practice in determining that these were invalid as they occurred outside of the six-year period of statute-barring.

While the Court had found certain elements of the claims are statue-barred, the claims can now proceed to a full hearing before the High Court later this summer.

Having attended at the Belfry Investors Action Group [BIAG] inaugral meeting in the Red Cow Hotel in February 2014, the Writer heard some shocking first-hand accounts of Investors treatment. Clearly prospective Investors were deceived by a large variety of senior Bank Executives around the country, with respect to the ability of Belfry Funds to deliver improved financial returns vis-a-vis the pre-existing negligible deposit rates available. Currently the BIAG has raised a war chest estimated at €1.35M for the legal battles in AIB Belfry cases.

AIB Belfry cases are a test of the value of Banking Consumer Codes of Practice & Company Law sanctions in the year that AIB is hoping to buy-back at least 25% of the Irish Government’s stake. Together with the Tracker Mortgages Scandals  the magnitude of the exposure on the AIB Belfry cases must appear on the Bank’s IPO prospectus as a material contingent liability.